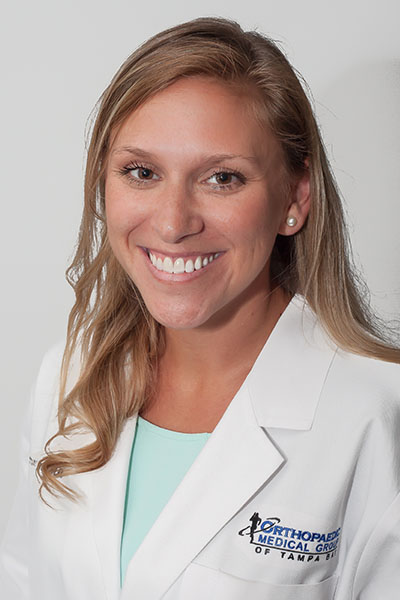 Mrs. Waltz, a Florida native, was a competitive soccer player in both high school and college. Leaving Florida to play soccer in college, she attended the University of Iowa in Iowa City; where she also majored in Exercise Science. She received her Bachelor’s degree in 2010 and began working as a Research Assistant for the Department of Orthopedics and Rehabilitation at the University of Iowa in the Carver College of Medicine.

She then decided to further her education in 2014 attending Des Moines University and completed the Master of Science in Physician Assistant Studies program. Upon graduating she returned to Iowa City to gain valuable experience working at the University of Iowa Hospital as a PA in the Department of Orthopedics, specializing in adult hip and knee reconstruction. She began working for Orthopedic Medical Group of Tampa Bay in 2016 so she could be closer to her family.

Kelsey enjoys spending her down time with her husband, visiting family, traveling, relaxing at the beach and playing soccer.