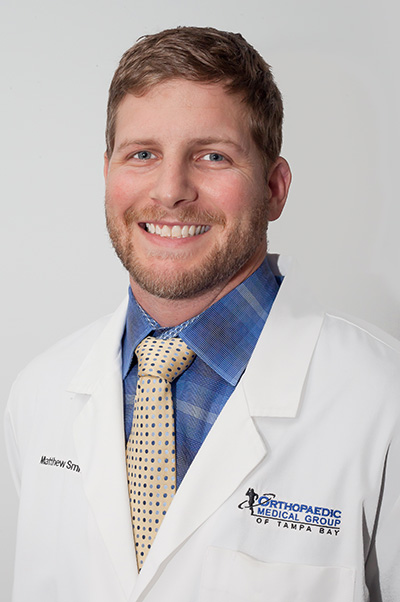 Mr. Smith graduated from The University of Alabama as an Athletic Trainer in 2006. While attending The University of Alabama, he worked with multiple sports teams including track and field, gymnastics, and football. He was invited to Tampa to work for the Tampa Bay Buccaneers as a summer intern, in a highly competitive athletic training internship program. During this internship Mr. Smith was honored by the Buccaneers staff and invited back to work for the football team the following year.

Mr. Smith continued his education and earned a Masters in Exercise Science from the University of South Florida. He became the graduate assistant athletic trainer (on full scholarship) for track and field and the USF football team. After graduating from USF, Mr. Smith was hired by World Wrestling Entertainment (WWE) as the head of the sports medicine department, the only developmental program of this multi-billion-dollar company. He toured with the WWE athletes throughout the United States and internationally. Mr. Smith provided acute care and rehabilitation for these high-level athletes.

After working three years with the WWE and six years as an athletic trainer for two competitive Division I schools, Mr. Smith returned to school and continued his education in the Physician Assistant program at Barry University, graduating in December 2013.  Considering his sports medicine background, Orthopaedics was the ideal medical specialty for him to pursue. Mr. Smith joined the Orthopaedic Medical Group of Tampa Bay in 2014.  Mr. Smith enjoys and takes immense pride in delivering high quality care under the supervision of the highly trained physicians at Orthopaedic Medical Group of Tampa Bay.

Matthew Smith is married and has two children. During his off time, he enjoys spending time with family and his Jiu Jitsu training.