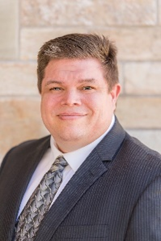 Michael is a California native who honorably served in the US Navy for over 7 years. He spent much of his time in the service working as a Navy Corpsman and Surgical Tech. Michael worked very closely with the US Marines and Navy personnel on ships, including several tours in the Middle East and Southeast Asia regions.

In addition to his dedicated military service, he obtained a bachelor’s degree in health sciences from Trident University. He then continued his education upon completing his certification in nursing and then earning his Nurse Practitioner certification from the University of Hawaii.

After completing his military and educational training Michael joined a growing orthopaedic practice in Hawaii. He worked with a joint replacement surgeon where he co-created and directed the first outpatient total joint program in Hawaii. He joined Orthopaedic Medical Group in the summer of 2022 and will work with Dr. Scott Goldsmith and the total joint team.

In his spare time, he enjoys football, watching movies, walking his dog and spending time with his wife and children.