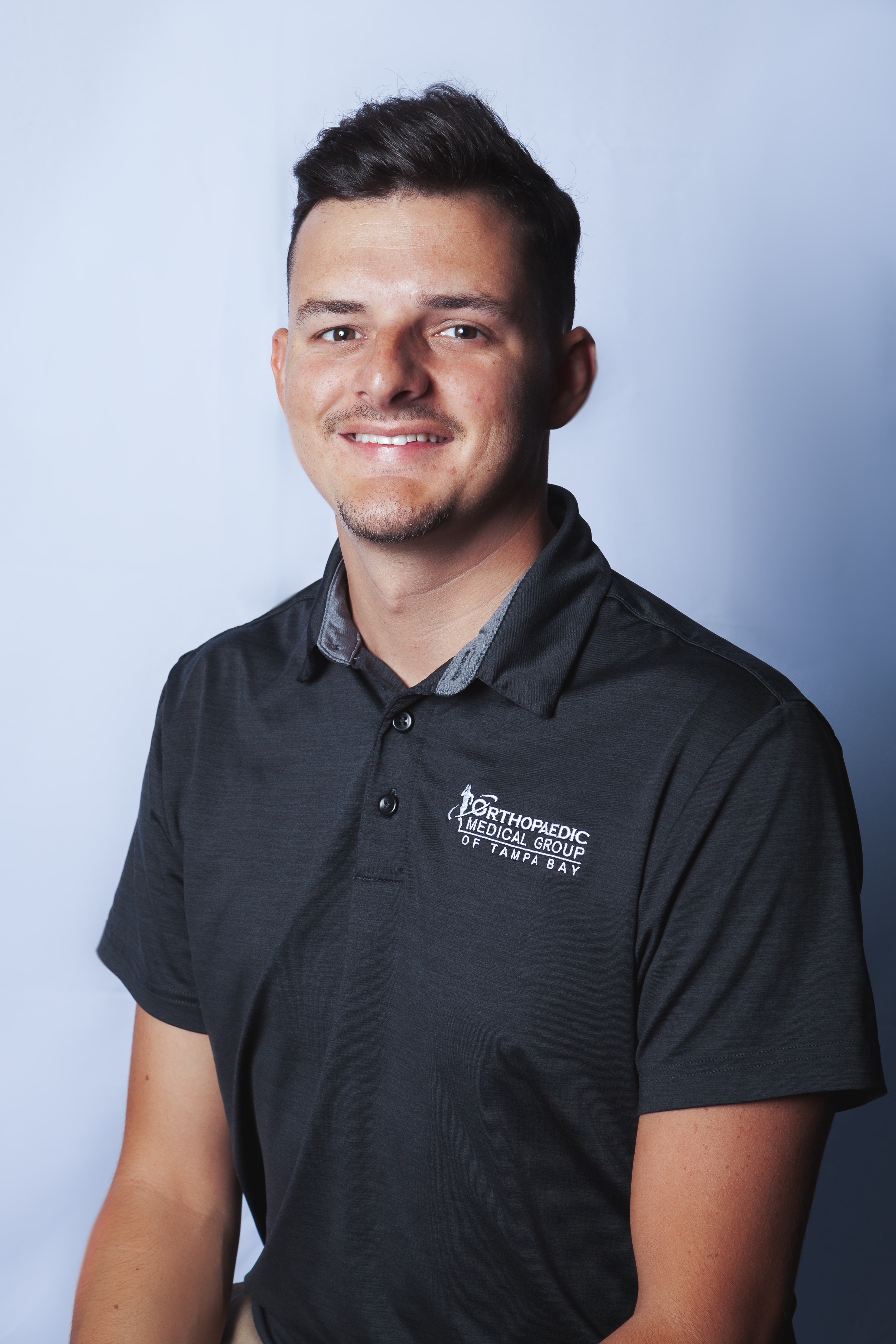 He then attended Nova Southeastern University where he obtained his master’s degree in health science with a concentration of athletic training in 2016.  While at Nova he worked with Women’s Soccer, Women’s Tennis and the Track team. Upon graduation he decided to advance his training and experience and was selected to work as an NFL Athletic Training Intern with the Tampa Bay Buccaneers for the 2016-2017 season. After the NFL he served as an athletic trainer for Greenville Health Systems in Greenville, South Carolina.

He joined Orthopaedic Medical Group of Tampa Bay in June of 2018 and has been working as the Associate Athletic Trainer at Jesuit High School.  He works with all Jesuit sports team providing daily injury assessments, treatments, injury screening and on-field emergency coverage.

Orthopaedic Medical Group of Tampa Bay remains open and committed to providing the best care to our patients and delivering this care in the safest ways possible.

We are now seeing patients at all 7 locations, 5 days a week.

We will continue to practice recommendations in social distancing, proper temperature checks and screening protocols in the office to keep both our patients and staff safe.  For those patients still seeking care, but not able to come into the office, telemedicine visits will remain available when medically appropriate.

Please note: Patients who do come to the office for in-person visits should attend these appointments solo or with no more than one family member or friend to reduce social interactions.  We ask that if you are sick (fever, coughing, shortness of breath or any respiratory illnesses), please call (813) 684-2663 to see if we can schedule you for a telemedicine visit instead. We will be actively observing and screening patients who may exhibit respiratory symptoms in our offices. Individuals who arrive with fever or respiratory illness will be asked to reschedule their appointments to a later date in order to minimize the risk to other patients and staff.