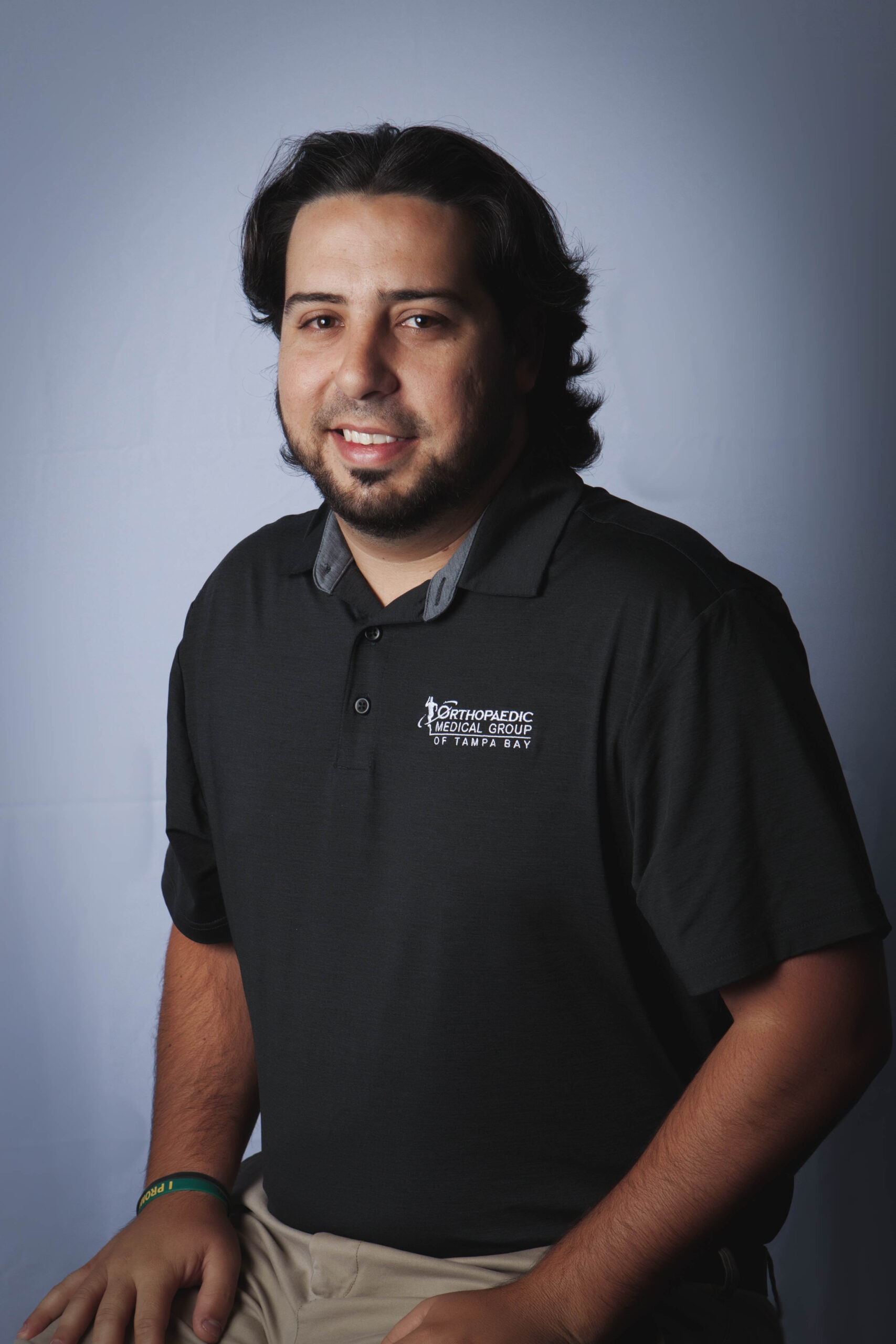 Roberto Gonzalez is a BOC certified and Florida licensed fully bi-lingual Athletic Trainer.  He was born and raised in Hialeah, FL just outside the Miami area to parents of Cuban nationality.  He graduated from Dade Christian High School where he also played baseball.

After high school, Robert self-marketed and distributed game videos highlighting his talents on the field in hopes of pursing his love for the game of baseball and gaining a collegiate scholarship.  After several months of following up on leads and many self-promoting phone calls, his efforts paid off and he was offered an opportunity to join the John Wood Community College “Blazers” Baseball team in Quincy, IL on a full athletic scholarship. After suffering an injury during a game, his love for baseball evolved into a passion for sports medicine and the decision to pursue a career in orthopedics was made.  Returning to the Miami area Robert attended Barry University where he attained a Bachelor of Science degree in Athletic Training/Sports Medicine in 2017 and continued onto the master’s program.  While pursuing his master’s degree an opportunity arose for an internship at Palm Springs Power Baseball in California. Placing his education on hold Robert flew to CA and began working alongside a MLB Athletic Trainer providing daily injury assessments, screening and treatments.  This internship opened doors that would eventually lead him back to Florida and to the Tampa Bay area for an opportunity with the New York Yankees Organization during the 2019 baseball season.

Robert believes in “Dream Big Work Hard” philosophy and has been brining that “go get ‘em” mentality to the OMG family since December 2019. Working closely with doctors and assisting patients in believing that when you put in the work you can regain and achieve full mobility to go anywhere you can dream.

In his spare time Robert enjoys spending time with his family and friends, watching sports, playing video games and getting to know the Tampa Bay area that is now his home!