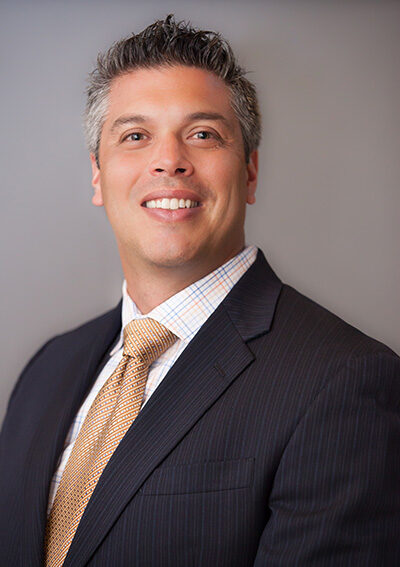 Dr. Jeff Watson is an orthopaedic surgeon who attended the United States Air Force Academy where he was the top graduate from his squadron and graduated with military distinction. While at the Academy he held the top squadron leadership position each year, and completed his tenure as the commander in charge of more than 100 cadets. In addition to being an elite athlete he was one of only seven cadets in his class to obtain maximum scores on strength and endurance fitness tests. He also took a interest in outdoor tactical training and was awarded the Outstanding Instructor for the Air Force Survival, Evasion, Resistance, and Escape (SERE) course.

Upon completion of his undergraduate degree, while serving in the US Air Force, Dr. Watson also completed a Master’s degree in Biochemistry from the University of Illinois, Urbana-Champaign and then served as an instructor in the Department of Chemistry at the US Air Force Academy. His academic and leadership success led the Air Force to select Dr. Watson for a scholarship to attend medical school at Georgetown University in Washington, DC as well as additional training in orthopaedic surgery at the University of Maryland/Shock Trauma. There he was awarded the top teaching resident by the Journal of Orthopaedic Trauma and served as the Academic Chief Resident in his final year. He was also highly active in research, publishing numerous papers and presenting his work at national and international meetings. Watson has extensive experience with sports team coverage, including the University of Maryland Terrapins and Bowie State Bulldogs.

Upon completion of surgical training, Dr. Jeff Watson was assigned to MacDill Air Force Base in Tampa, Florida where he was the top ranking military officer in his department and served as the Chief of Orthopaedics. While in Tampa he also became Board Certified in Orthopaedic Surgery and is now a Diplomate of the Board. Dr. Watson separated from the Air Force in 2014 and currently practices at the Orthopaedic Medical Group (OMG) of Tampa Bay.

Dr. Watson’s focus is on sports medicine and athletic related injuries in both youth and adult patients. He has also covered high school football, pre-participation physicals, and youth athletics. More recently he has cared for injuries sustained by our elite special operations forces and the US military.

Dr. Watson’s goal is to serve the Tampa community and military by helping patients return to activity. He co-founded the Tampa Sports Academy to integrate all the services necessary for elite performance and recovery.